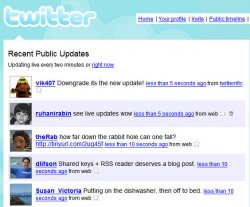 Twitter is a very new interesting concept which lets you update yourself on the web or from your phone. There are many times you hit the moment that your friend called you up and asked you one simple and obvious question, which is "What are you doing now?". Well Twitter is the answer to that question. Twitter lets you post small updates about what are you doing right now. You can have an option to post that in public listing or it could be available only to your friends network. Twitter uses web2.0/ajax inline http requests to live update the postings, the postings can be break down to the last seconds of the update. It's handy and nifty. Twitter is originally started as a side project of ODEO on march 2006. Personally i found it really interesting to keep update your friends. Twitter recently have some server downtimes and i hope they will going to fix this as soon as possible.

It's possible to enable your phone so that you can post to Twitter just using your SMS Text messaging service. As you can see above they also have a service to post directly from your favorite IM. But the IM service is currently down. 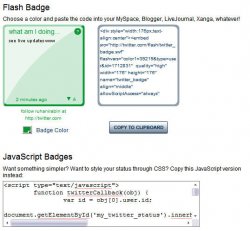 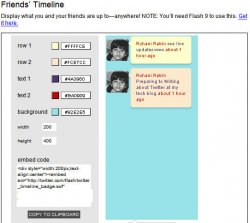 Twitter not only enables you to post live updates about yourself, it also features Flash and Javascript based badges which you can include to your blog, myspace or anywhere where javascript and HTML is accepted. So that your site visitors will instantly know what are you doing at this moment and it's also possible to show off updates from your friends. 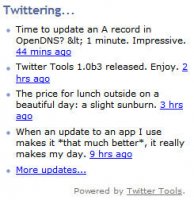 Well Twitter is not only limited to this. Well known Web Developer Alex from AlexKing.org already developed a powerful plugin for the well known WordPress platform so that WordPress users and bloggers can directly implement Twitter inside their blog and manage the postings.