Pipeworks Studios has opened a new dev house in Vancouver called Timbre Games. It will focus on action-adventure and simulation games for the PC and consoles.

Electronic Arts veteran and former Sims franchise leader Joe Nickolls will lead as studio president. It will be a new division within the Eugene, Oregon-based Pipeworks Studios, which the Sumo Group acquired for $100 million in 2020. The studio is staying mum about the game it is making right now.

Pipeworks CEO Lindsay Gupton said in an interview with GamesBeat that the Sumo deal gave Pipeworks resources to mount an expansion, and that led to the creation of Timbre Games. Its focus will be creating a new kind of game studio where diversity, transparency, community, and healthy workplace culture will be in its DNA.

â€œI think from our perspective, Pipeworks has always had ambitions to be a really significant developer in North America,â€ Gupton said. â€œWeâ€™ve been a part of Sumo for eight months and that has enabled us to reach those ambitions. We want to go and create and help create other studios, mostly by backing great teams to do cool stuff in interesting places. And so with this team, it worked out perfectly. This is kind of our first commitment to a significant expansion and international work, and Vancouver makes a sense of being in the same timezone.â€

Core, but not hardcore 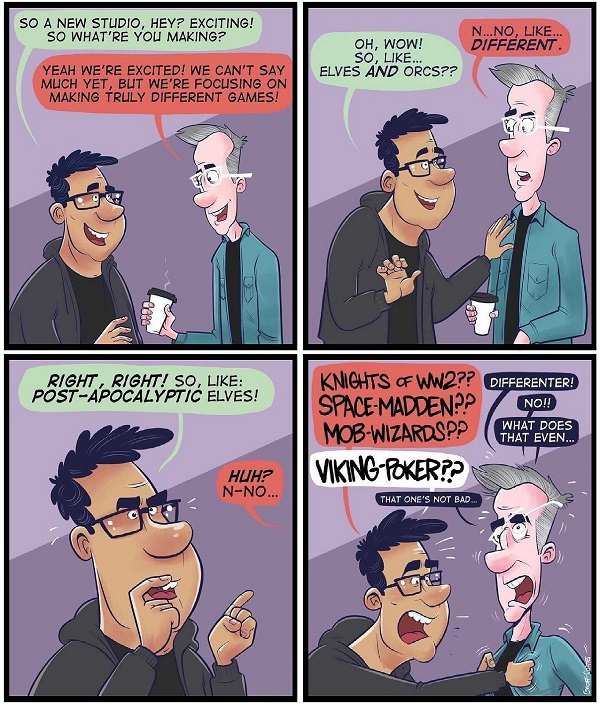 Above: Timbre will make action/adventure and simulation games.

Nickolls has 22 years of experience in triple-A game development, and he was a vice president of Maxis at EA. He also held senior roles within EA Sports, EA Mobile, Capcom, and Microsoft.

â€œWe plan to be a core studio, but hardcore is probably not the term,â€ Nickolls said. â€œWeâ€™re going to lean into action adventure and simulation, but we are not going to be doing extremely violent games or anything like that. We really want to make sure that we can provide accessible content for people across the board.â€

Nickolls said that he and Gupton met at the Game Developers Conference a while ago and talked about their shared vision for games. Fast-forward a couple of years and theyâ€™re starting a studio together.

â€œOne of the things that we bonded over is the idea of making games more fun for more people,â€ Nickolls said. â€œWeâ€™re doing very high-quality games, but we want millions and millions of people to join because itâ€™s accessible. We really want to make it easy for people to have an awesome experience and be awesome.â€

Nickolls said he liked the experimental nature and creativity of Sack Boy as an adventure game that appeals to everybody, as well as games with a weird sense of humor. 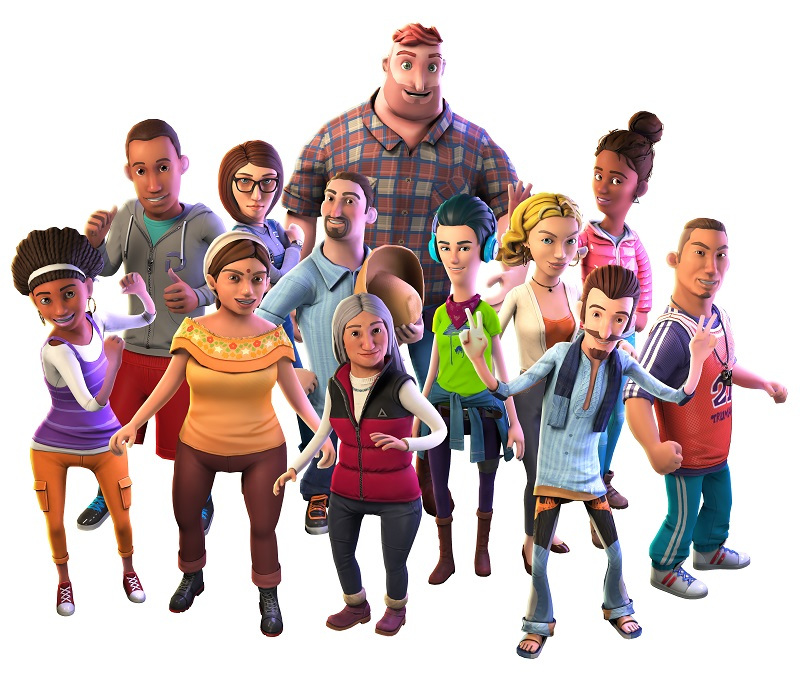 Above: Rival Peak has a dozen characters competing in Survivor fashion.

Pipeworks has been a quiet global force in gaming for more than 20 years. Its team has worked on more than 75 games with partners such as EA Sports, Wizards of the Coast, Activision, Facebook, NASA, and MetaTeq. Timbre is Pipeworksâ€™ first new studio in North America, and it plans to launch additional studios in the near future.

Gupton said Pipeworks dug the teamâ€™s vision and is confident they will not only create truly fun games but do so in an inclusive environment where voices are heard and employees thrive. Pipeworks most recently worked with Genvid Technologies on the interactive reality show Rival Peak.

Gupton said the Pipeworks team enjoyed working on Rival Peak, which took games into new territory with interaction between game makers and audiences. Itâ€™s about 12 AI characters on a survival show in the wilderness. Those characters could be controlled in some fashion by the way the audience voted on key decisions that the characters had to make.

â€œIt was a kind of crazy experiment and a new form of entertainment,â€ Gupton said.

â€œYou can think of Timbre as being another development studio within the family that will have a similar model. Itâ€™s like working on originals as well as working on partner IP,â€ Gupton said.

Nickolls expects the studio will support remote work with hybrid in-person and remote model. Nickolls said the team is working on a couple of ideas now but canâ€™t talk about them yet. 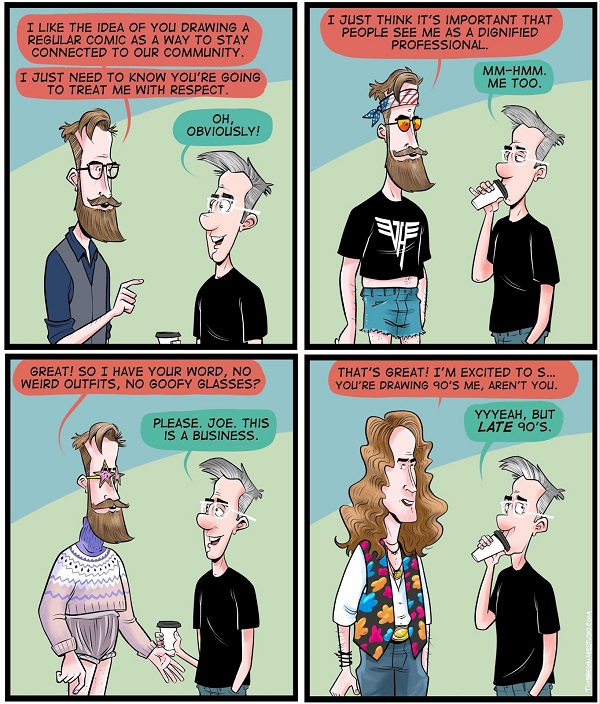 Above: Timbre Games was started by Joe Nickolls, ZoÃ« Curnoe, and Geoff Coates.

Curnoe was most recently the production director of the story campaign for the Gears of War series at The Coalition. Her role as a producer has taken her to large and small studios worldwide, such as Canadaâ€™s Rocky Mountains (The Banff Centre for the Arts) and Australia, working for Pandemic/EA and California at Riot Games.

Coates worked on art and creative director for Company of Heroes (Relic), DeadRising 4 (Capcom), and the SSX franchise (EA). Coates has worked on sports, strategy, shooters, and racing games. His side-hustles include editorial cartoons for a Vancouver paper and relentlessly drawing Nickolls in unprofessional (yet somehow tasteful) workplace attire.

Timbre is committed to looking harder and further for talent with different backgrounds and will partner with local schools and communities to bring in diverse voices. Timbre has five people now and is hiring.

â€œWhen you build a studio, youâ€™re really given a unique opportunity to try and build things the right way,â€ Nickolls said. â€œOne of the things that weâ€™re really going to be focusing on is making sure that we have diversity. We are equally as excited about bringing in studio veterans as we are bringing in fresh new talent from different backgrounds and groups to to really help us take advantage of the changing faces of gaming.â€

Part of Timbreâ€™s mission is to approach game development with the community in mind right from the beginning, even in creating and growing a new studio. Its goal is to involve players much earlier, focusing on early access and community feedback. Pipeworks has more than 160 employees, mostly in Eugene.

Sumo Groupâ€™s businesses provide acclaimed development, design and publishing services to the video games and entertainment industries from studios in the United Kingdom, India, Canada, the US, and Poland.

Sumo Digital, as the groupâ€™s primary business, is one of the United Kingdomâ€™s largest independent developers of triple-rated video games, with studios in Sheffield, Newcastle, Nottingham, Leamington Spa, Warrington, and Pune, India.

The business has acquired multiple studios since initial public offering (IPO), which operate under their own names: the BAFTA award-winning The Chinese Room in Brighton, Red Kite Games in Leeds, Lab42 in Leamington Spa, and PixelAnt Games in Wroclaw, Poland.