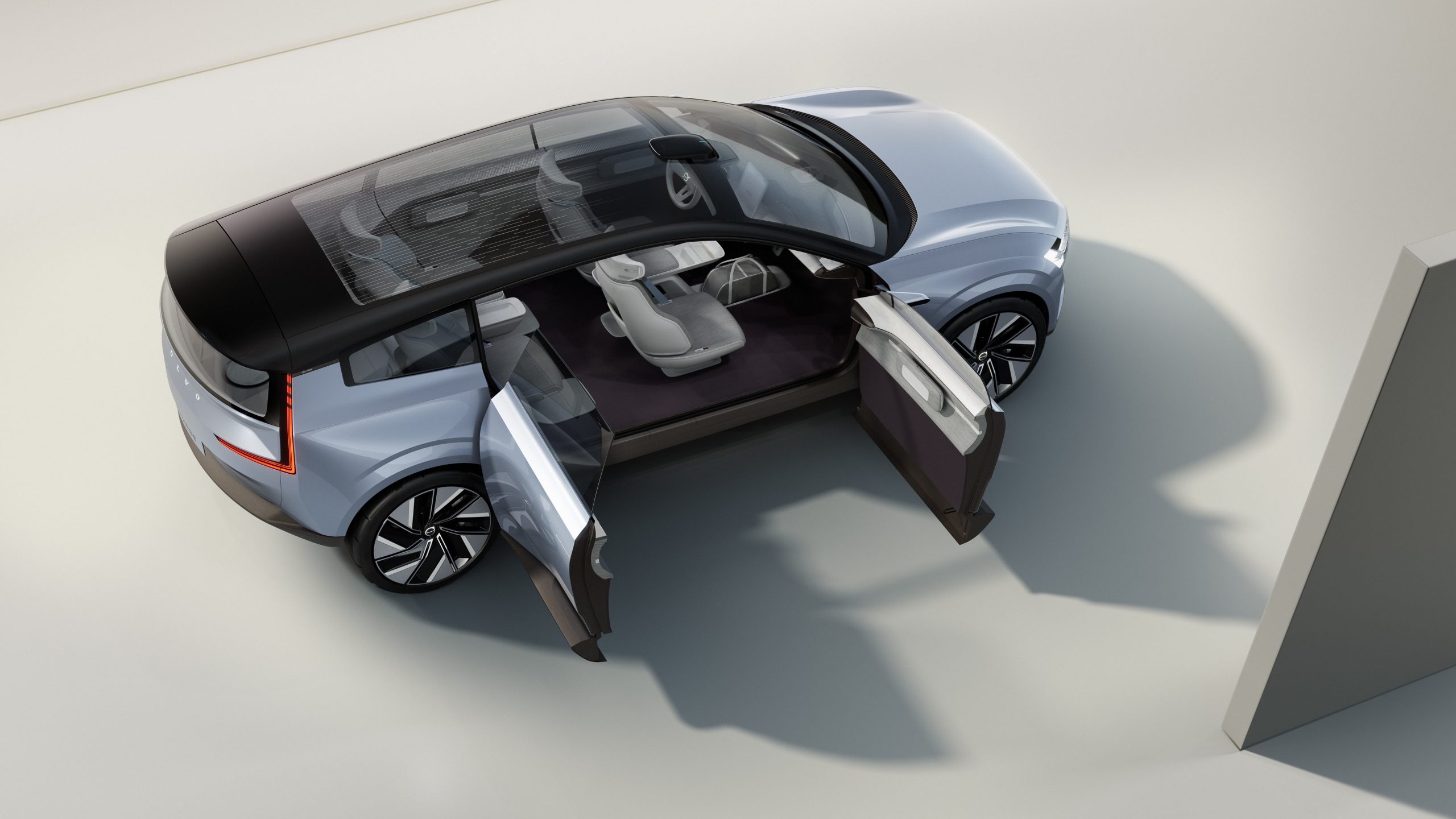 Volvo Cars wants to completely electrify its lineup by 2030 and on Wednesday offered a glimpse into how it plans to get there and what its next generation of vehicles might look like.

But itâ€™s not going to do it alone. Although the automaker plans on developing its own in-car operating system and other parts of the car, Volvo Cars detailed how it plans to work with partners like Northvolt, Google and Luminar to build out its future vehicles lineup. It also unveiled the first images of â€œConcept Recharge,â€ a concept EV that has flat floors, two interior screens and rear â€œsuicide doorsâ€ that open from the middle of the vehicle. 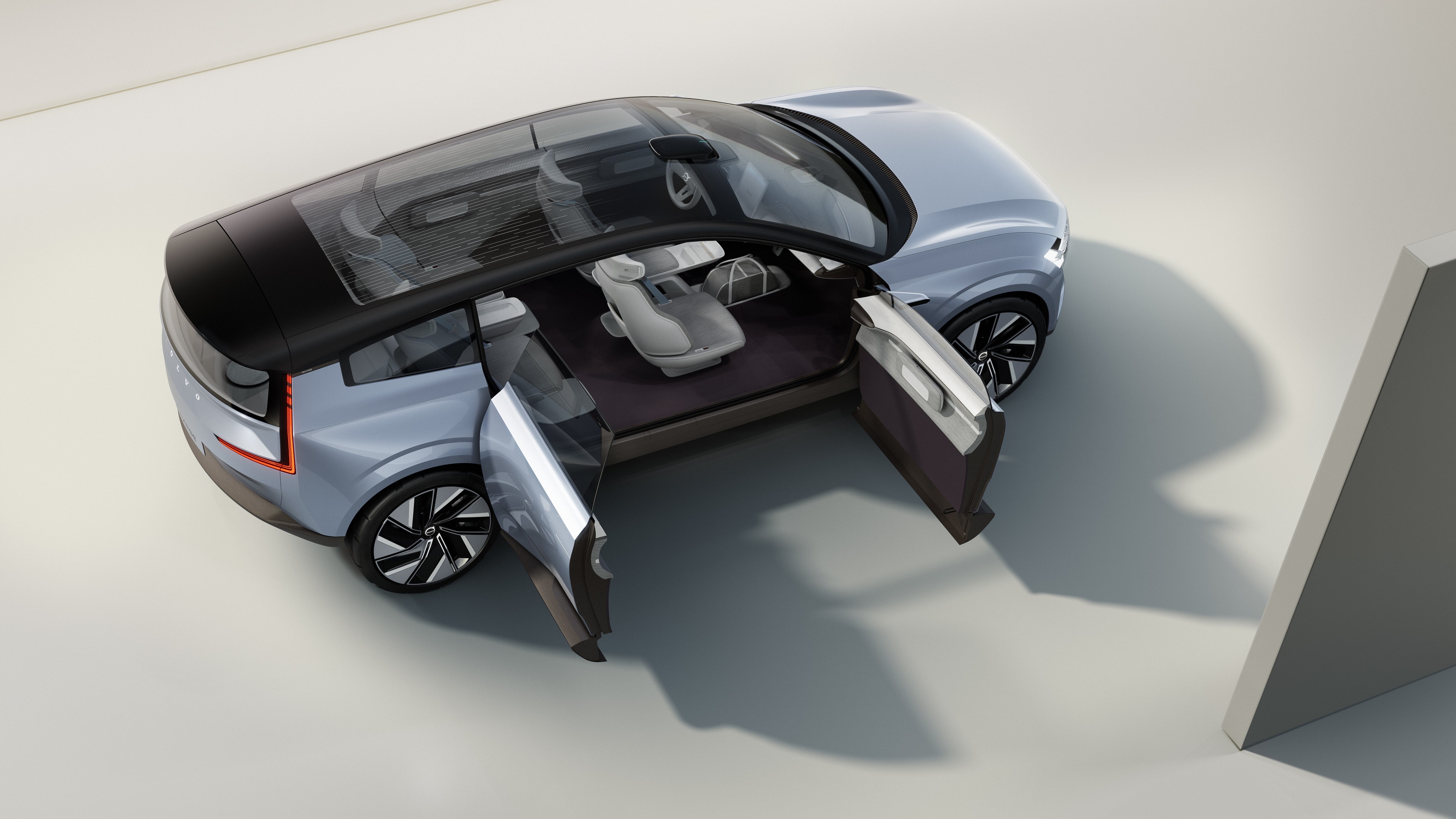 The Concept Recharge is also outfitted with Luminar sensors, in line with an announcement earlier this month that Volvo Carsâ€™ forthcoming flagship electric SUV will be equipped with Luminarâ€™s technology stack as standard.

On the battery front, Volvo Cars is working with Swedish battery developer Northvolt on a pack that it says will enable a range of up to around 621 miles â€” a massive achievement of energy density, should Northvolt pull it off. The two companies are aiming to build a gigafactory in Europe by 2026 in a new 50-50 joint venture, with a potential annual capacity of up to 50 gigawatt hours. Volvo Cars will also source 15 GWh of batteries from Northvoltâ€™s battery plant in SkellefteÃ¥, Sweden from 2024.

Future Volvo Cars vehicles will be capable of bidirectional charging, a capability that can turn the EV into a mobile generator or a mini power plant, offloading excess energy to the electricity grid.

Volvo said its OS, VolvoCars.OS, will act as an â€œumbrella systemâ€ for underlying operating systems, including its infotainment system led by Google and tech from Linux, QNX and AUTOSAR. While the vehicle will contain up to 100 electrical control units, these will run on a core computing system made up of three main computers being developed in partnership with Nvidia.

The automaker also discussed in more detail its plans to equip its flagship electric SUV with Luminarâ€™s sensor suite and technology from Volvoâ€™s software arm Zenseact. Executives shirked questions asking to specify the level of the autonomous system â€” referring to the scale developed by the Society of Automobile Engineers to measure the level of autonomy in a driving system â€” saying that they preferred to discuss the forthcoming AV driving system in terms of supervised or unsupervised. Under those terms, Volvo said the two modes â€” Cruise and Rideâ€” would require driver supervision and no supervision, respectively. It said it would gradually launch unsupervised functionality at some point in the future.

The forthcoming system will generate tons of driving data from customers, and Volvo doesnâ€™t intend on it to go to waste. The automaker said it aims to build a data factory to process information it collects from customers that use its autonomous drive safety features (with their consent). It would use this data to make improvements on the system, which it would push to vehicles via over-the-air updates.