Electronic Arts and DICE revealed Battlefield: Portal as a new community-driven multiplayer mode for Battlefield 2042 in a demo at the EA Play event today.

The trailer shown off today depicted Nazis from World War II squaring off against modern American soldiers. The Nazis have knives, and the Americans have defibrillators. Itâ€™s anachronistic, but it sure looks like fun.

You can then share and discover those modes on the Battlefield: Portal platform. The third mode is a â€œlove letterâ€ to fans with access to past games. More will be coming later. The maps available for the portal include Caspian Border, El Alamein, Noshahr Canal, Arica Harbor, Battle of the Bulge, and Valparaiso. It will also have the seven new Battlefield 2042 maps playable in the portal. It has customization tools and an advanced logic editor that was previously available only to DICEâ€™s designers. 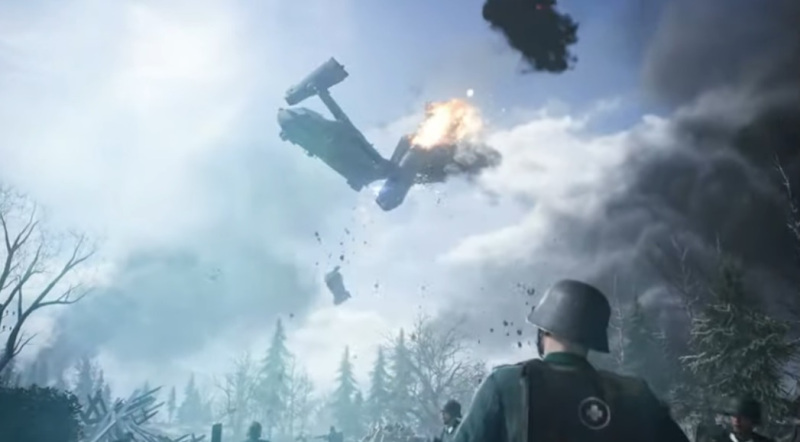 You could make an infection mode with your character squaring off against a bunch of characters with knives. But you canâ€™t play as a penguin with a flamethrower.

â€œPortal is the chance for the community to drive the platform,â€ Grass said.

This mode doesnâ€™t emphasize competition or play balance. Rather, itâ€™s a sandbox experience where players can have fun. Laura Miele, the head of studios at EA, hinted at this in a talk she gave at our GamesBeat Summit event in April. EA will work with the community on the tools and other matters in the future. More content will come later after the launch, Grass said.

â€œWe see the sandbox as a big part of the future of Battlefield 2042,â€ Grass said.

EA showed off a community mod featuring a squad of four players from 2042 taking on 32 soldiers (armed with weapons from 1942) on the Caspian Border map dubbed Quality vs. Quantity by Gabytron. Robotman by [Redacted] also features 1 tank against 20 bots. Battlefield 2042â€™s open beta will launch in September.

The mode will have more than 40 weapons over three different theaters of war, with guns like the M1 Garand, Panzerschreck, G3, M416 and more. Vehicles such as World War IIâ€™s Spitfire and B-17 Bomber make their return alongside modern hardware such as the Quad Bike and Little Bird. It has more than 30 gadgets, including reconnaissance items such as the MAV and Radio Beacon will be available as gadget selections alongside the Defibrillator and EOD Bot. Portal will be ready at launch.

Classic Factions will be making their return in portal as you remember them, allowing you the ability to mix and match between seven different armies from the Classic titles as well as Battlefield 2042â€™s Specialists and Battlefield 3â€™s various soldier roles such as assault, engineer, support, and recon. 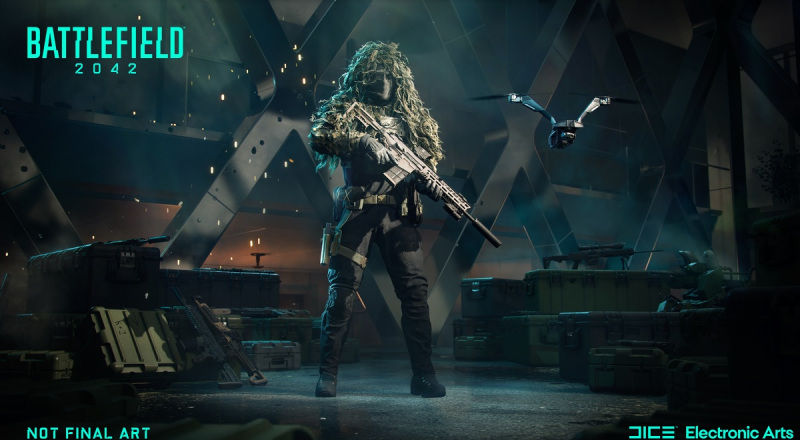 Above: Hereâ€™s a Specialist for Battlefield 2042.

The first mode talked about was the 128-player All-Out Warfare mode, while the second mode is a free-to-play Hazard Zone, which is a smaller-scale squad-based mode. EA described it as the â€œultimate sandbox experienceâ€ with remasters of maps from previous games, with weapons and vehicles from across the franchise showing up in the same battles.

The game is a modern online multiplayer shooter game coming October 22 for the PC, PlayStation, and Xbox (both the newer and older consoles). As mentioned, one mode will feature as many as 128 players on the battlefield at once â€” the largest number ever for the series â€” for the PC, PlayStation 5, and Xbox Series X/S, and it will have real-time events that can reshape the battlefield and tactical combat. Up to 64 players can play on the PlayStation 4 and Xbox One in multiplayer.

It will have new weapons, vehicles, and gadgets that give players the freedom to be strategic and create â€œonly in Battlefield moments,â€ EA said. EA has confirmed the game will not have a single-player mode, but we know the multiplayer will have â€œnarrativeâ€ elements, and it seems like DICE will likely have its own take on battle royale.

EA previously showed a tornado coming into a map full of skyscrapers, and the storm pulls in helicopters and everything else in its path.Â You can also ride on wires between the buildings and get into all sorts of military vehicles. The battles were full of â€œBattlefield Momentsâ€ that EA has been touting.

Battlefield 2042 will go up against a new Call of Duty game this fall. Battlefieldâ€™s typical advantage will be in its destructible environments, which will reach new levels with weather effects like tornadoes that can destroy the battlefield. Thatâ€™s one thing DICEâ€™s Frostbite engine gives Battlefield that Call of Duty can only do in a limited way, usually with more fresh new content.