That means your favorite droid from Star Wars will be inside the latest Tamagotchi egg-like toy, where you nurture and grow your virtual character and raise it into an adult. Like other Tamagotchi products, the R2-D2 version has the simplest of electronic games on it.

â€œThis is the most epic collaboration that Bandai has, and we have a holographic version with a translucent blue shell,â€ as well as a classic white version, Garrett said, holding an egg up to her camera. â€œI think people are going to be excited to collect both of these.â€ 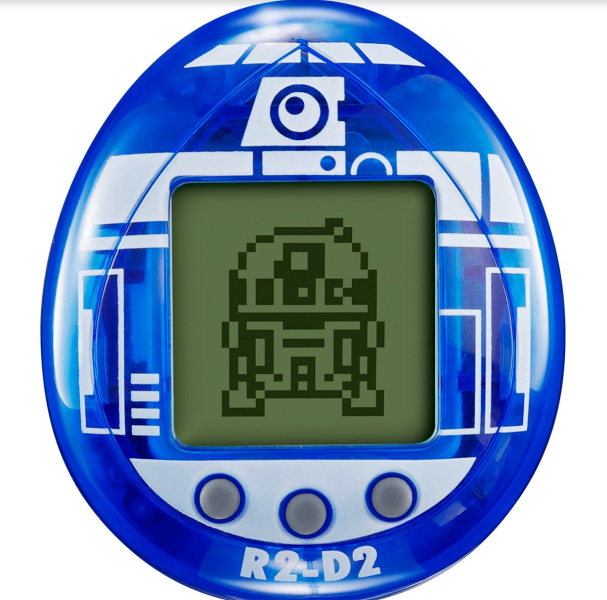 Above: The translucent blue version of the Star Wars R2-D2 tamagotchi.

Bandai Namco has done Tamagotchi brand collaborations before (like with Hello Kitty), but this is the first time the Star Wars brand is coming to it, Garrett said. The teams from Bandai Namco and Lucasfilm have worked on it for more than a year.

Garrett said you can train the R2-D2 Tamagotchi to master 19 different skills, such as piloting spacecraft or doing repairs. Instead of feeding R2-D2 like other pets, you have to charge the little droid. You also have to keep R2-D2 clean. You earn points from a firefighting minigame and a Dejarik holochess game (you play against Chewbacca, just like R2-D2 did on the Millennium Falcon in A New Hope). You can unlock seven more minigames as you progress.

You have to make sure you keep your R2-D2 Tamagotchi happy. If you neglect the droid for too long, the Jawas may take R2-D2 away. 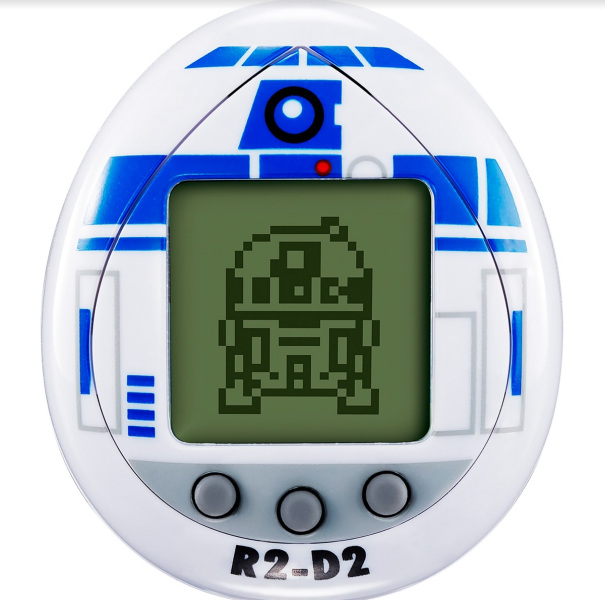 â€œWeâ€™re excited about that, but also a little sad, because maybe people will not take care of him on purpose so they can see the Jawas,â€ Garrett said.

The Tamagotchi includes animated pixel movie clips as well. Itâ€™s targeted for kids ages 8 and up. It doesnâ€™t need Wi-Fi, and it uses two LR44 batteries. Bandai Namco hopes it will be a good stocking stuffer, Garrett said.

â€œAny Tamagotchi fan will know howÂ  to play with this,â€ Garrett said. â€œIt might be a small learning curve for the Star Wars fan.â€

The Boba Fett television show is coming to Disney+ in December. Garrett said she didnâ€™t know if R2-D2 will show up in the series. She noted that Boba Fett makes an appearance in the device. It will cost $20.