Odeeo has raised $1 million in funding to create new kinds of audio ads for mobile games that donâ€™t disrupt gameplay.

The Tel Aviv company gives advertisers a chance to be able to connect with gamers via non-disruptive, personalized audio messages in mobile games. As it is, mobile ads often pop up in the middle of gameplay and interrupt a playerâ€™s flow, or engaged concentration.

Play Ventures, an early-stage gaming VC, led the round , with participation from gaming founders and angel investors such as Eric Seufert (through his Mobile Dev Memo Syndicate) and Michail Katkoff (founder of Deconstructor of Fun and Savage Game Studios). Odeeo aims to help publishers monetize better with non-intrusive audio ads that respect player experience and privacy.

CEO Amit Monheit and chief product officer Elad Stern founded the company earlier this year. They previously worked together for about seven years at mobile monetization platform IronSource, where they led business development and media.

â€œWe saw IronSource grow from scratch to being the giant that they are now,â€ Monheit said. â€œWeâ€™ve seen firsthand the super-scale of mobile gaming with in-game advertising. We started researching the area and whether any new innovation could happen in the space of in-game advertising.â€ 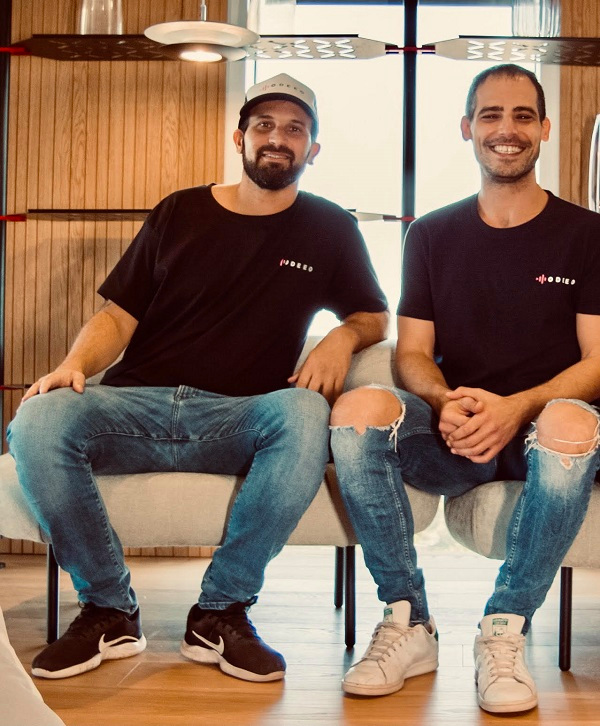 They saw the rise of podcasts, livestreams, and the audio ads that go with them. That gave them the idea to put audio ads into mobile games.

â€œWeâ€™ve tried to connect two industries that arenâ€™t really related, gaming and audio advertising which, with radio ads, is a $30 billion industry,â€ Monheit said. â€œ[What] we understood was that audio has one major benefit over the other or the existing ad formats. It accompanies the gameplay rather than disrupting the gameplay or pausing the game experience.â€

An audio ad can play as a game is firing up, and the user probably wonâ€™t see any delay in the loading of the game, he said. Odeeoâ€™s lightweight software development kit (SDK) has already been integrated with over 100 games, serving campaigns by Fortune 500 brands such as McDonaldâ€™s, CBS, and Progressive â€” and has a waitlist of over 200 additional games, said Monheit.

â€œWe do not pause the game,â€ Monheit said. â€œThe kind of ad is standard audio, which is equivalent to an interstitial ad [one that plays during a kind of intermission]. It could be a welcome message. The other is a user opt-in ad, where a player who fails a level can immediately restart that level while listening to an ad. We donâ€™t think it replaces video ads. It gives developers a new monetization tool.â€

The company noted that in-game advertising is a huge market that drives 25% of the $175.8 billion that the games industry is expected to generate in 2021, but the founders believe that ads could drive more revenue

Monheit said existing options inhibit and disrupt gameplay in a way audio ads do not.

In-game advertising is already a huge market, but Odeeo says its platform is differentiated by focusing on building a product that supports game advertising at scale. The $1 million funding will enable the team to accelerate client onboarding and development of its platform where advertisers can bid programmatically through traditional ad-buying platforms on Internet Advertising Bureau (IAB)-recognized formats, using unique targeting capabilities.

The ads have been testing well, the company claims. They mostly run in hypercasual games, which are played in about a minute. The company has about 10 people. It joined an incubator and went through it for about six months. The company plans to use the funding to grow the team.

The company integrated with Unity so that it can be easy for game developers to insert audio ads into the games.

â€œWe have very good momentum now,â€ Monheit said. â€œWeâ€™re getting good buzz and a lot of inbound interest from investors already for our next round.â€