Amionx has raised a round of funding to build safe lithium-ion batteries. These are the kind that donâ€™t blow up.

Thatâ€™s a good thing, as many of us remember stories of batteries exploding or catching fire over the years. And this technology, dubbed SafeCore, came from military roots where the idea was to make batteries that did not explode when hit by a bullet.

This is still an issue, as GM announced in September that it had to recall every Chevy Bolt EV and EUV model because the defective lithium-ion batteries were in danger of catching fire.

Improving batteries is a long-term goal for tech innovators, but progress has been frightfully slow. Still, itâ€™s interesting to see Amionx emerge, as well as new battery tech from nanotechnology firm Nanom, which says it can make batteries last nine times longer.

Amionx adds a material layer in between two critical components of the battery. It is sensitive to current, voltage, and temperature. The layer is applied with exact same coating machines they already have in the factory. When the temperate reaches a certain level, the layer separates and cuts off the flow of electricity. Itâ€™s like a fuse that isnâ€™t resettable. 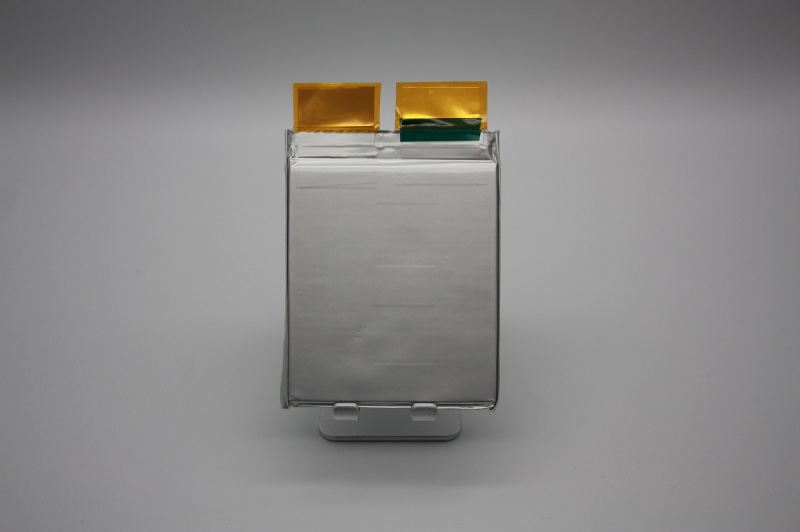 Above: Amionxâ€™s SafeCore batteries are coming in 2022 and 2023 for commercial customers.

The origins of the invention came from a Department of Energy grant and another from the U.S. Army. The Army needed a battery that could sustain a direct hit by a bullet, and that was because soldiers had to carry heavy battery packs to power things like their night vision goggles and their wireless communications.Â  A couple of universities did some of the early work â€” the University of California at San Diego and UC Merced.

â€œIf SafeCore wasnâ€™t in a battery [that got hit by a bullet], the soldier would have two minutes to get it off their body before it would go up in flames,â€ Davidson said. â€œThat was the birth of the invention. The fact that it was an actual working product was what sold me.â€

The company didnâ€™t disclose the exact amount raised. The initial part of the funding round came from Qualcomm Ventures, an existing investor, as well as new investors Hongkou Management and Inherent Group. The primary purpose for the funds will be to add resources to accelerate the transfer of its patented SafeCore technology to lithium-ion battery manufacturers.

Besides raising money, the company is also finding more licensees who can take its technology and make it in their own factories and sell it under their own names, for a fee.

â€œAmionx has a simple, yet elegant solution for helping reduce the number of fires and explosions in lithium-ion batteries,â€ said Peter Zhou, managing partner of Hongkou, in a statement. â€œThe company has demonstrated the effectiveness of SafeCore for electric vehicles, consumer
electronics, and other applications, and SafeCore is easily integrated into existing manufacturing processes. We are excited to see the technology commercialized across end-markets and play an important role in ensuring confidence in battery safety.â€

SafeCore said that integrating SafeCoreâ€™s tech into a battery doesnâ€™t increase its cost, nor does it require a big capital investment. It produces a longer lifetime for the battery and longer shelf life as well. It allows for the design of smaller and lighter batteries, and it is applicable to other chemistries such as nano-silicon and lithium metal as well as solid-state.

â€œItâ€™s very elegant, but a very simple solution,â€ Davidson said. â€œWe require no new processes or battery factories, so no change in process, no capital expenses, and then very little if any increase to the bill of materials.â€

The company recently announced Veken as a new battery manufacturer, and it has licensed its SafeCore tech to licensees like Stanley Black & Decker. Amionx canâ€™t name its other licensees. The company has less than 50 employees. Commercial products are expected in 2022 and 2023.