Lone Echo II is nearing its October 12 launch date, when it will make its mark as the last exclusive game for the Oculus Rift PC-based virtual reality headset.

The game will also be playable on a wireless Oculus Quest and Oculus Quest 2, so long as you use Oculus Link or Air Link to connect to a VR-capable PC. Still, itâ€™s an end of an era of sorts, as Facebookâ€™s Oculus has placed its bets on the standalone Oculus Quest 2 platform, where the processing takes place inside the headset (unless itâ€™s connect via Oculus Link to a PC), instead of the Oculus Rift, which relied upon the PC for its processing power.

The game comes from Ready at Dawn Studios, which Facebook acquired in June 2020. The latest trailer out today suggests the game remains on schedule for the launch after it was delayed in August.

The original Lone Echo was a big achievement in VR storytelling when it debuted in 2017. It told the story of astronaut Liv and her AI assistant Jack on a journey in space at a mining station near Saturn. And now the single-player game has a sequel in Lone Echo II. It will cost $40. 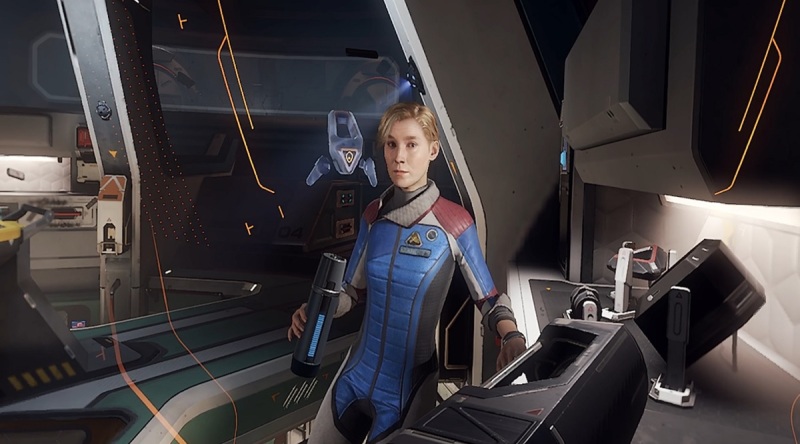 Above: Liv is the star of Lone Echo II.

Ready at Dawn Studios, which had a history making triple-A games like Sonyâ€™s The Order: 1888, also made Echo Arena, a cool multiplayer combat game where one team takes on another in zero gravity in VR. It was pioneering because it didnâ€™t make sensitive players like myself as sick as other games did, thanks to careful design. The company also created a sequel, Echo Combat as another multiplayer title.

In Lone Echo II, players will once again play as Jack in another dramatic adventure alongside Liv. The sequel brings back all of the features that made the original popular including its zero-gravity controls, sharp visuals, and emotional story. Youâ€™ll have to use a new assortment of tools to overcome complex challenges in a 360-degree environment.

The original Lone Echo is available for $10 on the Rift platform. Troy Baker is the voice actor for Jack, while Alice Coulthard is the voice for Liv.