With backing from Supercell, Papukaya is creating mobile games targeted at people who donâ€™t consider themselves to be gamers. And in doing so, Papukaya hopes to redefine the meaning of games for â€œmainstream audiences.â€

Last year, Helsinki-based Papukaya raised $3.1 million from its fellow Finnish game maker Supercell, which generates billions of dollars in revenues from games such as Clash of Clans and Clash Royale.

The studio was started by Drussila Hollanda (who previously worked at Digital Chocolate, Rovio, Wooga, and Supercell) and Johannes Ahvenniemi (Rovio, Seriously). They have been joined by lead artist Saara MÃ¤kinen (previously Rovio).

Hollanda is one of the rare people who have worked at Supercell and moved on to do something else. A veteran of 17 years in games, she is from Brazil originally. But she made her way to Finland to help Supercell build casual games, at first to work on the casual farming game Hay Day.

Some of the later games Hollanda worked on didnâ€™t make it out the door, as Supercell often kills games that donâ€™t work out. And as Supercellâ€™s focus stayed on core gaming, Hollanda decided to leave to start her own company.

â€œI really love Supercell and the people in there,â€ Hollanda said. â€œBut because my passion has always been casual gaming and seeing the potential of these newer audiences, I wanted to focus on it. Even from 10 years ago, you could already see how mobile gaming was bringing so many new audiences into the fold.â€

As she was leaving, Hollanda pitched the startup idea to Supercell, and they decided to fund it.

â€œI liked to see the kind of games played by people who donâ€™t consider themselves gamers, and I decided the way to tackle it is not from within Supercell but actually starting a company from scratch,â€ Hollanda said. â€œI pitched this to Supercell, and they agreed to give me funding.â€

With Supercellâ€™s backing, the studio is building games for â€œa largely unserved market,â€ or those who donâ€™t identify as gamers. Hollanda said in an interview that the potential for games is still huge, as only 10% of time spent on smartphones is dedicated to gaming. 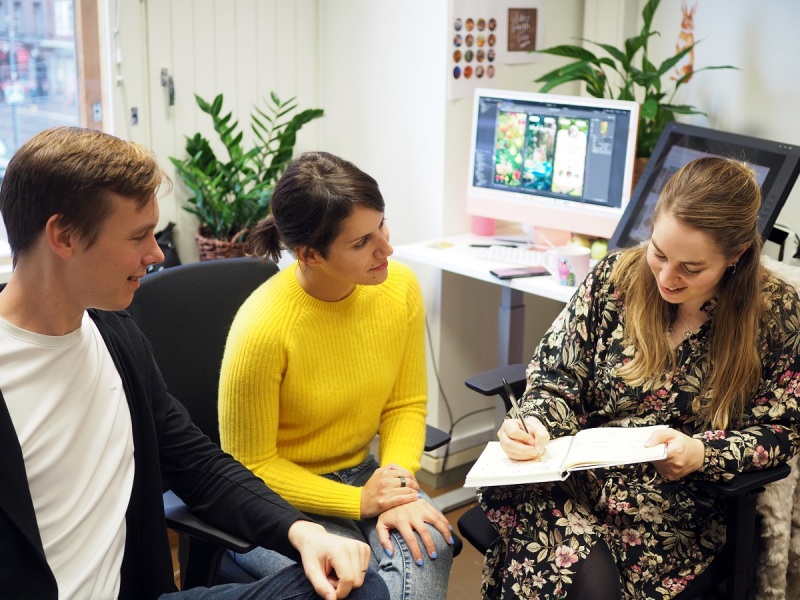 Above: Papukaya has a team of three.

To build games that appeal to broader audiences, the studio draws inspiration from other forms of entertainment such as books, movies, social media apps, or real-life hobbies. For their first game, the studio is focusing on engaging players with positive emotions and exploring universal topics and themes like relationships and wellbeing.

â€œOur industry often views the games market as made up of people who identify as gamers,â€ said Jaakko Harlas, investment lead at Supercell. â€œIn doing so, weâ€™re turning a blind eye to the massive population of non-gamers who would play games â€” if only there were a company developing the right kind of games for them. Papukaya has set out to be that company and to redefine what people do for fun on their mobile devices. We canâ€™t think of anyone better suited to pursue this opportunity than the uniquely qualified founding team of Papukaya.â€

Papukaya is currently focused on market research, narrowing down its target audience and building its first intellectual property. To power its growth, the studio is looking to hire a lead game designer and experienced developers.

The name Papukaya is based on a Finnish word for parrot. And since Hollanda loved the multiple colors of parrots and the diversity that represented, she decided to name the company after the word.

â€œFor us, it has been very important for us to try something new,â€ she said.

The funding will give the company plenty of time to prototype and learn and refine its games. And while she isnâ€™t giving away the idea for the game, she said it will tackle universal emotions and positive topics to help people escape and relax. The team has been looking at things such as interactive stories and sim games like The Sims and Animal Crossing.