Tribeca Enterprises and Epic Games have started a â€œWriting in Unrealâ€ program to train filmmakers to make independent movies with the Unreal game engine.

The three-day program will take place from November 16 to November 18 in New York and expose independent filmmakers to the Unreal Engine and its suite of 3D creation tools. The aim is to help indie filmmakers to craft their scripts. Tribeca Enterprise is the creator of the Tribeca Film Festival.

The goal is to open new doors for independent filmmakers and enable them to gain firsthand knowledge from Unreal Engine experts and fellow colleagues on how to use the engine and its suite of tools to craft their stories. Those interested in attending and learning more can register at tribecafilm.com/unreal.

The industry presentations include:

Fix it in pre: A new pipeline for filmmaking

Above: Unreal Engine 5 can capture an open world.

Moving past the â€œfix it in postâ€ model of production, the virtual production pipeline relies on preparation to ensure a successful production. Epic Gamesâ€™ industry manager of film and television, Miles Perkins; Mariana AcuÃ±a Acosta (cofounder of Glassbox Technologies), and Felix Jorge (CEO of Happy Mushroom) and Liz Montes (head of production, The Third Floor) will walk filmmakers through the advantages of this new workflow.

Other talks will focus on the real-time process of writing in Unreal, the shared vision of the director and the production team, and producing indie films in Unreal Engine.Â This is the first time Unreal Engine is being used in a program to support writers.

Ten film projects were chosen whose writers and directors have been paired with Unreal Engine artists to workshop their scripts using real-time 3D tool. They include:

Birth/Rebirth: A psychological horror film about motherhood and creation, inspired by Mary Shelleyâ€™s â€˜Frankensteinâ€™ â€“ Laura Moss (co-writer/director) and Brendan Oâ€™Brien (co-writer).
Guadalupe Mountain: Forgotten in the midst of her parentsâ€™ crumbling marriage, a young barrel racer named Lola attempts to escape a predator by harnessing her secret source of power â€“ Emily Ray Reese (writer/director).
High: In the aftermath of a freak accident, a nomadic telecom tower climber is forced to repair the connections he needs most â€” with his family â€“ Tisha Robinson-Daly (writer/director) and Jonathan Mason (writer/director).
Little Lying Wild: When the moon falls from the sky in rural Belize, a young girl finds a body no one believes exists. She sets out on her own to solve the crime â€” and stop the unseen monster from killing again â€” Samantha Aldana (writer/director) and Bryce Parson-Twesten (co-writer).
Long Live Dick Parker: After receiving a Cold War relic, Michie sets out on an odyssey to find his old ruffian friend, Dick Parker, but he receives more than he bargained for when a local militia upends his life to weaponize the device â€” Alex Coppedge (writer/director).
Rock Springs: A grieving young girl, along with her mother and grandmother, move to Rock Springs, Wyoming after the death of her father, only to discover something monstrous hidden in the townâ€™s history and the woods behind their new home â€” Vera MiaoÂ  (writer/director).
Smoking Tigers: The portrait of a lonely 16-year-old Korean American girl named Hayoung who is taken under the wings of three wealthy students she meets at an elite academic boot-camp. As she falls deeper into their world, Hayoung works harder to hide her problematic family and lower-income background from her new friends, only to discover the bittersweet pains of adulthood that will forever shape her life â€” So Young Shelly Yo (writer/director).
Sunshowers: In a whimsical town where it rains all year, colorful umbrellas are the ultimate accessory. When a teenage artist is chosen to design her townâ€™s newest umbrella, her anxiety about the task makes colors disappear from her vision, a secret she struggles to hide from her color-obsessed town â€” Joosje Duk (writer/director).
Thrown: Philosophy professor Kit Howley develops a destabilizing obsession with mixed martial artsâ€“and unlikely friendships with two very different MMA fighters â€” Maya Singer (writer/director).
Zenith: When a black Mennonite begins to experience symptoms of pregnancy, she flees the rural white community she was raised in and ventures into a black inner-city neighborhood where she discovers a possible trail to her biological mother â€” Ellie Foumbi (writer/director). 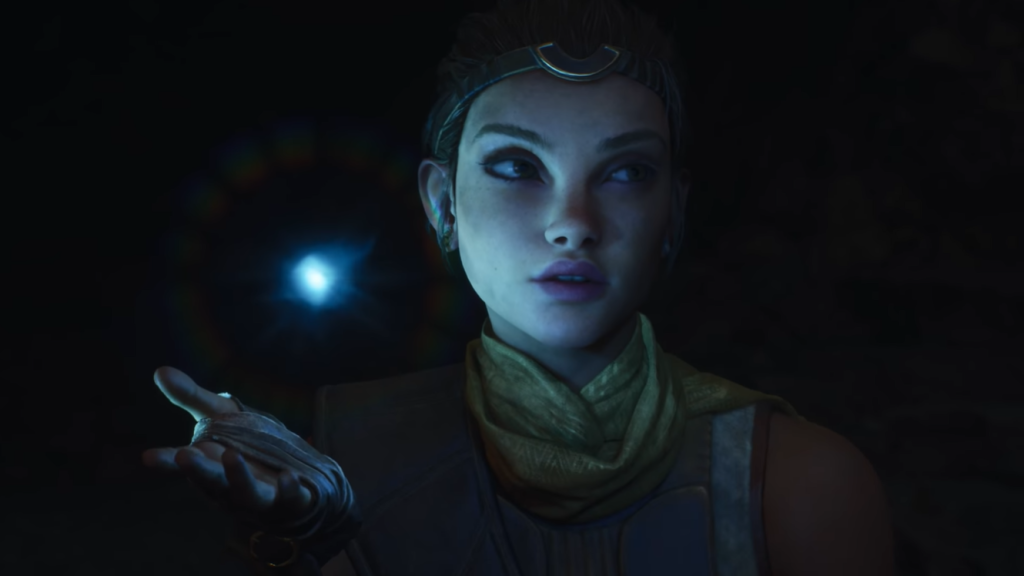 Above: This is not a video game, but itâ€™s what some may look like.

Listeners can expect to hear from a broad range of technologists working on a metaverse that is based on open standards and interoperability across platforms.

Later guests include Neil Trevett, vice president of developer ecosystems at Nvidia and president of graphics standards organization The Khronos Group. Today is the first day for the podcast.