The recent boom of NFTs has led many to think of blockchain, the underlying technology that supports them, as a solution seeking a problem â€” sometimes rightfully so. Yet, blockchainâ€™s potential to decentralize virtually any organization and establish uniqueness and ownership of digital content makes it possible for individuals to interact in a trusted manner without the involvement of third parties. This redefines and redistributes value in an all-digital world, placing it back in the hands of its respective creators and owners, and pushing all industries to rethink how they envision the future.

This new paradigm has revealed unprecedented possibilities for artists, creators, and consumers. The rise of cryptocurrencies and NFTs is a direct, though still cluttered, outcome from this disruption on digital economies, especially in the art and financial sectors, respectively. But the climate of distrust and disapproval set by early applications of blockchain should not overshadow the latent trend behind the craze. Online, individuals, and communities have evolved as co-creators and stakeholders of digital worlds and experiences, now expecting that their content, data, or time could produce value they too can benefit from.

The gaming industry is no exception. Players have long taken an active role in co-creating gaming experiences, supported by the ongoing expansion of the gaming ecosystem across mobile, streaming, and esports, as well as the rise of online multiplayer and user-generated content. This has led to a major transformation of the industryâ€™s development and revenue models. For example, the growth of free-to-play games and games-as-a-service provide players with new, affordable content on a regular basis while giving their developers the revenue required to continue creating more content and supporting those games. However, these models donâ€™t recognize or reward the value generated by content creators and communities at the heart of those game experiences.

We see blockchain as a means of making this possible and as such, not as a solution to a problem, but rather an evolution of real-life possibilities in digital spaces. While not a one-size-fits-all approach, it has the potential to bring more balance to the equation by overcoming existing limitations that restrict players in their ability to create value from the time they spend, the items they buy, and the contribution they make to their games.

Our stance, however, is that a fairer, more player-centric path can only be achieved if we, as an industry, adopt a sensible approach to integration of blockchain in games. It canâ€™t be ignored that trust in this technology has been seriously hindered. Debuts saw the emergence of projects relying on an environmentally unsustainable form of this technology, marketing stunts, scams, and other speculative mechanics. We stand against that and believe this technology has three crucial prerequisites in order to fulfill its promise.

First and foremost, established industry actors need to act as gatekeepers and create the conditions for trust by implementing this technology in safe, familiar environments, and in ways that make sense both for the medium and ultimately for the players. This will be key to helping players grasp the benefits of this new model that lets them create value in digital worlds. 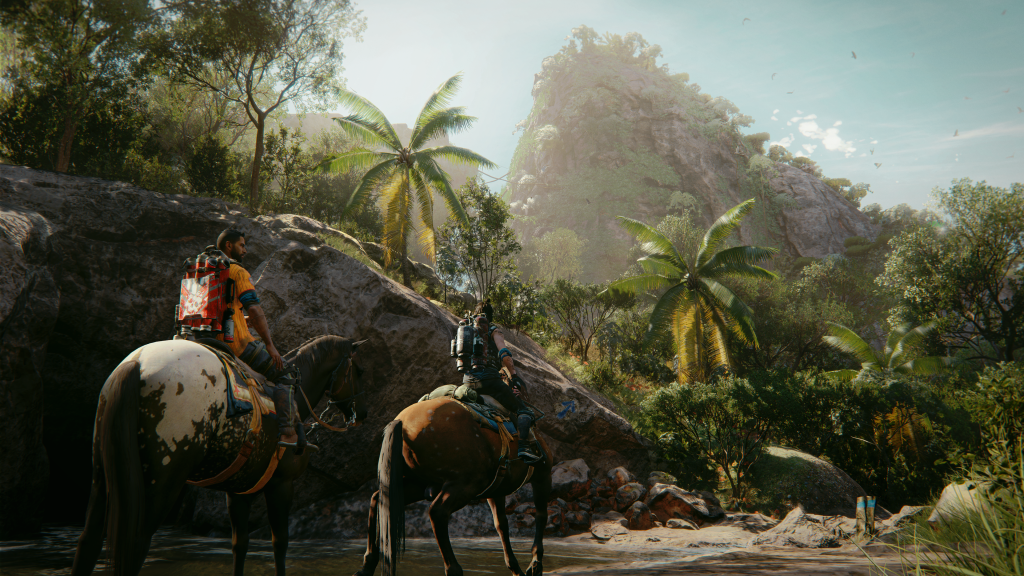 Secondly, innovation should never come at the expense of environmental considerations. The energy consumption of â€œProof-of-Workâ€ is a major limitation we identified early on in our five-year exploration of blockchain. We fully support the International Game Developers Associationâ€™s Call to Action to halt the use of NFTs if traditional solutions can provide the same benefits and to only use â€œProof-of-Stakeâ€ blockchains. Where blockchains like Bitcoin and Ethereum can use as much energy as countries the size of Argentina in a year, this energy efficient version of the technology achieves the same results while consuming no more than a 20-people village over the same period. We are committed to this, and we are calling on our industry peers to follow this responsible and sustainable implementation and join the conversation around â€œcleanâ€ NFTs.

Finally, shifting towards a decentralized philosophy means granting players more control over their games. Downplaying this aspect would tremendously reduce the interest of this technology, making it just another gimmick. By introducing uniqueness and ownership in digital environments, blockchain positively shifts the balance of power towards players, giving them much more control over their in-game self, whether it is their character, a house they built, or their full inventory. Every element of their story becomes, by essence, their own. As such, they should be able to treat them just like they would any real-life item, including selling them and reaping the benefits and value born from the time and skill required to build them or to obtain them.

We see this â€œplay-to-earnâ€ â€” and ultimately â€œcreate-to-earnâ€ model â€” as a way to establish players as stakeholders of their experiences. This is in line with our core belief that games should bring a meaningful return on playersâ€™ investment of their time and efforts, whether thatâ€™s through fun, knowledge, creativity, socialization, or even monetary value.

Only when our industry puts players at the center of this evolution will blockchain be a game changer, and then the possibilities for them are endless. Its built-in interoperability and decentralized nature pave the way for a fundamental, more rewarding framework for both players and developers to go beyond what is feasible today. Literally, this means that items (and their token) will no longer be bound to a single gameâ€™s environment, allowing for true interconnection between game worlds at a technical level. Players would be able to carry their inventory, legacy, and achievements from one game to another, something we tested with Sorare in our joint experiment One Shot League. Introducing decentralization-by-design in games through code has the potential to offer unfettered autonomy and freedom to communities at all levels â€” to their governance, economy, interactions, and even computing power, like we explored with our early prototype HashCraft.

This is what opens the door for a true â€œmetaverse,â€ a notion that spreads far beyond a single companyâ€™s strategy, and that canâ€™t exist without a natively digital economy and decentralized, community-driven technology. Yes, blockchain is a game changer, but only if used the right way and with players at its core will we collectively harness the true potential of this innovation.